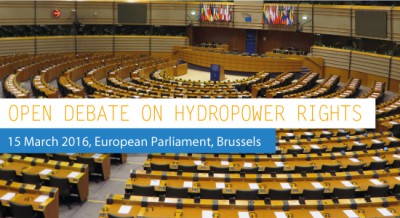 For a harmonisation of
hydropower regimes in the European Single Market

• Our study of hydropower regimes in European countries reveals the
considerably variable terms of hydropower usage rights, in both their joint
obligations and the degree of openness of the competition processes through
which these rights are granted.

• The environmental and economic stakes and liabilities associated with the
use of hydropower account for the in-depth public controls in granting these
rights. Nevertheless, the strong differences among hydropower regimes in Europe
cannot be explained by rational environmental or economic criteria while they
bring competition distortion to the common European electricity market.

• Over the last decade, the European Commission has opened several
infringement procedures to prompt the implementation of competitive processes.
However, unfortunately, this has not been undertaken with a common ‘European’
approach, which would ensure similar efforts throughout Member States to open
the competition process to access hydropower. The current discrepancies among
Member States create obstacles for countries engaged in a competitive renewal
process, as there is not a level playing field or a coherent European reference
framework.

• Thus, the heterogeneous state of European hydropower regimes requires
significant efforts from the European Commission, and the institutional
stakeholders, to stimulate harmonisation. It would help if the Commission
Directorates-General started debating the topic and coordinating their action.
New, clear steps must be taken to prepare national and regional authorities to
harmonise their rules of attribution and to mitigate competition distortions.